My relationship with Jesus is complicated, yet impossible to deny. It is complicated by the multiple layers of issues that internally and externally making it difficult to really know Him. Not to mention that we are separated by two thousand years of history, culture, and practice. My relationship with Jesus is often quite literally a long-distance one.

To be clear, I’m not talking about the contrived consumer-driven Jesus that was manufactured to substitute as an adult Santa Clause. This version of Jesus rewards good deeds and punishes bad ones while reinforcing the cultural constructs of masculinity, femininity, and white supremacy. This Jesus is white, blue-eyed, with perfect hair and teeth, and always votes Republican. In fact, this version of Jesus that I used to worship wasn’t all that different than me. He liked the same things I liked and frowned upon the same things, people, and experiences that I found deplorable. This version of Jesus never made me feel uncomfortable and never asked me to think too deeply about the world. I and this Jesus were always on the side of right, the normal, and even if worldly folks disagreed, we would one day be validated when he returned to rescue me from the evil influences of this life and rain down his righteous judgments with Apocalyptic fire. That Jesus had my back. He solved my problems, made me feel better about myself, propped up my family, all without the assistance of doctors, medicines, science, or books. Or at least not any that weren’t recommended by my church.

The Jesus I’m talking about is the biblical one. Most likely a Black Middle-Eastern marginalized peasant preacher. A man who never married and by His own admission didn’t have a home, or at least no permanent dwelling place. Transient and alone, He attracted a handful of followers, and at the height of His popularity, He actually went out of His way to offend His audience and they walked away. At the end of his public ministry, He was abandoned by all of His followers with the exception of one. His life was the opposite of what we would call successful.

Of course, as a Christian, I believe the story continues. Jesus conquered death and rose again from the dead. Because I believe this, I must also believe then that everything He said has implications for my life. And this is why it is so critical that I understand which version of Jesus I trust. My twenty-first-century perspective often makes this difficult.

But we aren’t left without a narrative that makes sense of our difficulties.

I recall a story about Jesus being in the middle of a crowd. I find it interesting that Jesus, unlike me, wasn’t bothered by a crowd of people. He walked through them, accommodated them, fed them, and never went out of His way to avoid them. In this episode of my recollection, there was a woman in the crowd, a woman who suffered from a disease the Bible story called an “An issue of blood.” I’m sure this was an actual disease of some sort, but it strikes me that most of us suffer from some issues. Our issues may not be physical in nature, but they are issues nevertheless. This woman found herself having to press through a crowd to get to Jesus, as those with issues often find themselves on the periphery. When she managed to do so, just stretching out enough to touch the “hem of his garment” or the very bottom of whatever he was wearing, the Bible story reports that she was healed. But this isn’t the most interesting part of the story to me: what is interesting is that in the middle of that crowd with lost of folks bumping into Him, only one person touched Him.

One of Jesus’ followers even questioned the validity of the claim protesting, “What do you mean? We’re in the middle of a crowd!” This and other interactions indicate to me that on most occasions those who were physically closest to Jesus found these crowds annoying, especially the people who intruded on their perceived privileges of exclusivity with Christ. But Jesus intuitively understood the difference between those who merely crowd around Him and those who extend their need through touch. After a moment where she attempted to remain anonymous, she finally identified herself confessing that she had suffered for twelve years and at the moment she touched Him she was healed.

There were several factors that would have led to this woman’s isolation in that culture. She was a woman in a society that offered women very little personal agency, and she was sick. Her culture, much like our own, rewards the healthy and well-connected and tends to dismiss the sick outsiders. But this woman took the risk to touch Jesus anyway. Touch is such an intimate act, most often reserved for the best of friends, family, or lovers. She and Jesus were perfect strangers, but yet she risked violating every cultural, religious, and societal taboo to touch him. Decorum teaches us to withhold touch, but Jesus invited it, and this instance rewarded it.

This makes me think about all the cultural taboos that constrict our kindness and encourage our apathy, indifference, and even at times rewards our hatred and disdain for others, especially for those unlike us.

Most likely, I would have never noticed the woman suffering on the peripheral of the crowd that day. Like all the rest, I would have been content rubbing shoulders with the popular preacher, being associated with His posse, but missing the point of His existence—missing the point of my existence. My twenty-first-century expression of Christianity is content with bumping into Jesus, while most of the world would sincerely just like to touch Him—a challenge He gave to us, to me, upon His departure. Instead of bumping up against Jesus, I should be about the business of touching others on His behalf. 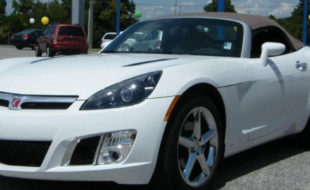